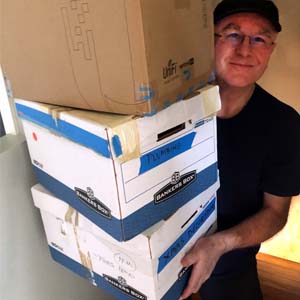 Before I moved overseas, I’d moved from city to city and street to street in New Zealand without any real drama (or, at least, nothing too serious).

But that first move overseas was a nightmare, one that still haunts me. Since then, I’ve gotten better at moving. And things have usually gone smoother (if not all the time). 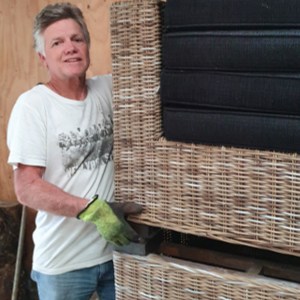 I've lost track of how many times I've moved. Certainly more than someone in the Witness Protection Scheme.

As a kid who's Dad was a military pilot, I seemed to move house every year. UK, France, Germany, Singapore, New Zealand...

Not that things changed much after I left home, with multiple moves within NZ, Australia & UK. But after 3 moves in the last 5 years alone I've finally settled down (sort of). Today I split my time living in Auckland and Leigh.

So as you can see, we've each done our fair share of moving.

And that’s the reason for this site. After helping some mates move, we realised just how much we'd each learned over the years with each move. What to do and when, and (importantly) what not to do (and why).

You should write a book about this, one of them said. It was a joke, but it got us thinking.

A book about how to move house?

Who’d want to read that?

There are way more interesting things to read about.

Besides, when you want to know what to do and when, that’s the sort of information you look for online.

Yes, there’s already lots of information about moving on the internet. But not all of it is to be trusted, and it’s not all particularly useful (unless you’re moving house in the States or the UK).

That’s a shame. Because we New Zealanders move a lot, and we do some things differently here.

If you’re moving house in New Zealand, or changing flats, this site is for you. If you’re moving overseas, you’ll also find some useful tips and advice (follow them, and you won’t be having nightmares).

The idea is to give you all the information you need, in one place. We want to help you save you time and money, sure, but also help you beat the worrying stress that too often comes with having to move.

You’ll learn not to make the mistakes that everyone else does.

Let’s make yours a smooth move!